As moms, there’s days we want to spend every second with our little humans, then there are days we live for nap time. The last few days has been the latter. 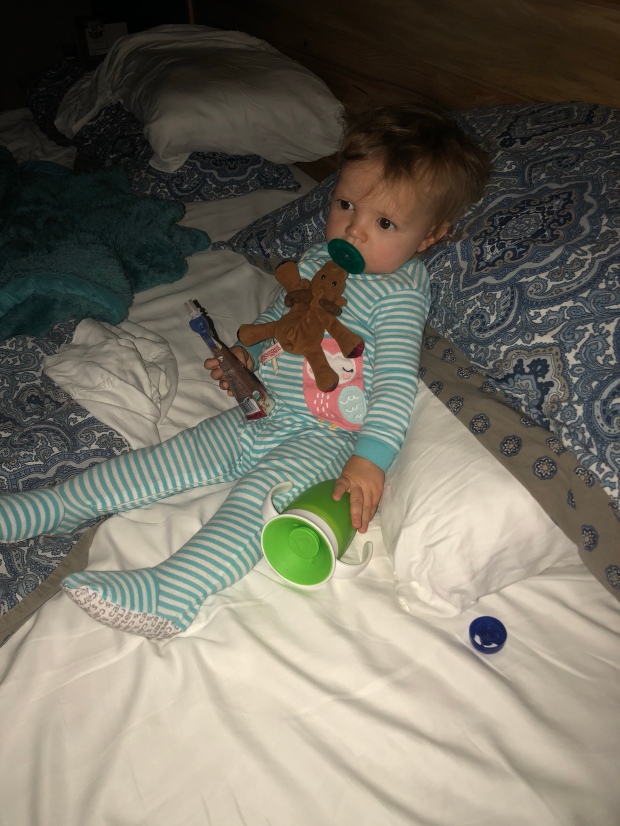 Luckily, KB took a solid morning nap and got her attitude in check (for the most part) for the rest of today. Or, maybe I just feel like it was better because I got to go to the gym for 2 hours all alone while Chris stayed home with K and it refreshed me. Ha!

Sunday was the WORST. I have never heard her whine so much. Nothing made this kiddo happy and all day was constant drama. She has been over her “sickness” since Thursday morning, physically anyway, but I think she still wasn’t feeling great. So, crank queen she was.

Of course I love this kid to death, but the whining and shoving my legs to be picked up just for her to ask to go back down, then start crying because I put her down…lawdy! And men wonder why women are crazy. Put that on repeat for hours, toss in some poop changing while she attempts to air hula hoop horizontally, feeding her food she asks for then 5 seconds after I make/open it says she doesn’t want, cleaning up after her, bathing while she tries to climb out of the tub acting like I’m drowning her…this is why moms drink. It’s at least more bearable when she’s happy in between. 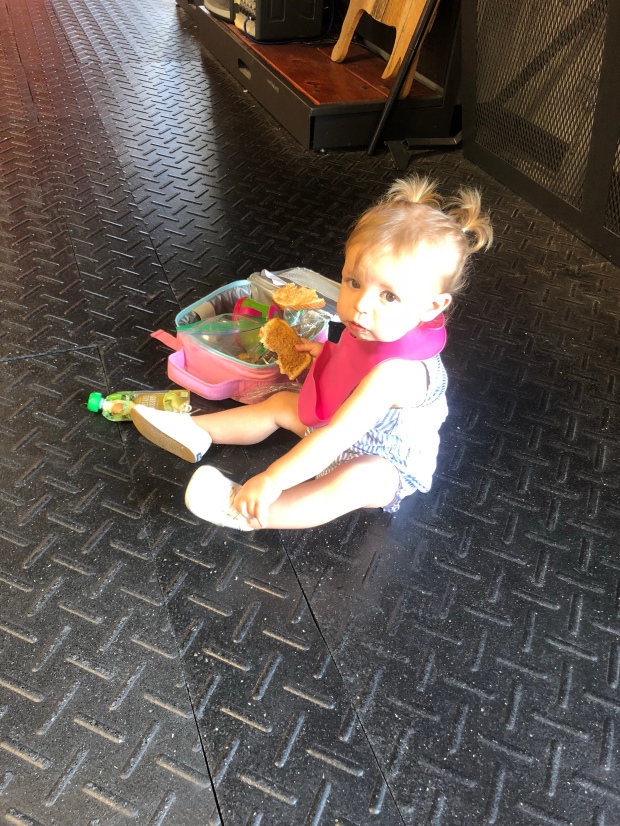 It’s safe to say part of the “terrible twos” (or the year leading up to it) has a lot to do with communication. K is constantly trying to tell me things and gets so frustrated when I don’t do what she wants! (Part communication, part control testing, lol). I’m slowly figuring out her “language”. She’s great with pointing and signs but I can only make out a handful of words from her babbling. When I give her her water cup she always makes a sound…I started to realize that sound was a word. “Agua!” Alrighty then…maybe I should learn Spanish. Maybe she’s been speaking full sentences to me for months. 😂

Kensie is at the dangerous height of taking things off table tops so while learning her “language” I’m also learning to put things much farther away from the edge of anything.

The last few days have been an adventure to say the least. But KB is still the sweetest, cutest little babe (in my biased opinion) so it makes this momming thing all worth it.