﻿I guess I should today’s post by clarifying that Kensie is completely fine. She only threw up because her genius mom (🙋🏻) gave her milk and spinach before swim lessons yesterday. I learned from my mistakes and we had zero puking today, phew!


When Kensie started her swim lessons originally back in July, the instructor sent out some dos and don’ts that included foods to avoid during lessons. Since K didn’t really eat anything other than breastmilk at that point I didn’t hone in on the details too much. I DID know dairy was a no-no a certain amount of hours before but…I forgot. #mombrain

However, I had no clue about Spinach! Fun fact: Spinach causes peri-oral cyanosis and restricts air from getting in the lungs. That might explain why I ended up wearing it after she attempted to regulate her breathing in the pool. 🤷🏼‍♀️ 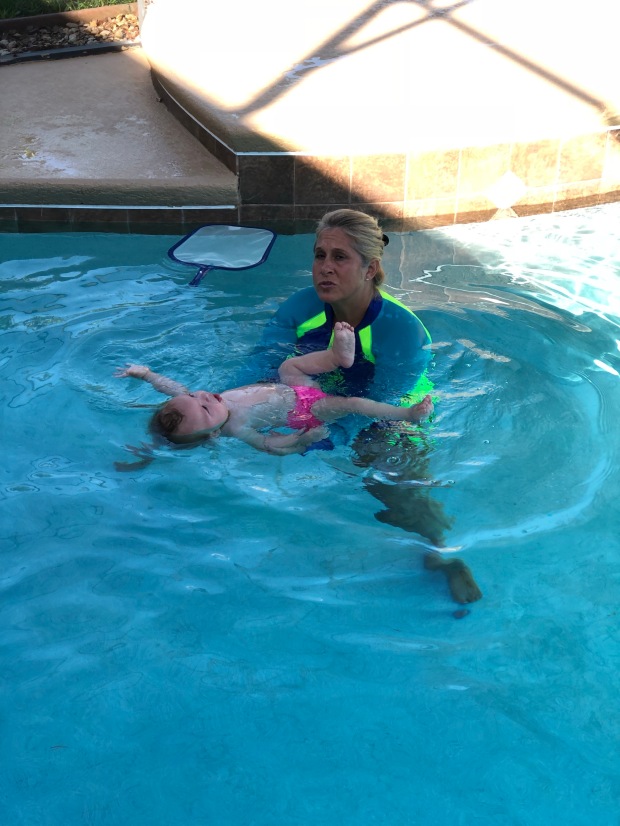 Anyways, K’s float was a little better today. Her fall refresher lessons was only supposed to be one week. We’re thankful for Mrs. Heidi for taking some extra time with us to make sure Kens gets it right!

If you read yesterday’s post, last night went as expected. Way too many wake ups and a fussy day because of it! (For both of us 😝). I think her teeth are the culprit. I’ve been giving K Motrin before bed because she just had 2 teeth cut through and she was waking up crying in pain. While I hate having to give her meds, I also hate us both waking up multiple times a night and her discomfort. The tooth broke through and  she’s seemed okay the last couple days so I was trying to skip it. That’s the only thing I can correlate between the bad nights of sleep lately and the good. It looks like she’s getting 2 more on the bottom now so I went back to the medicine tonight…and she’s been out for 4.5 hours so far.

In better news, we got to visit with my sweet friend Robin and Baby Charlie today!!! Kensie was too preoccupied redecorating their whole house to be too jealous that I was holding another baby.


And for all of you about to comment something about me having another baby: Pump your brakes. Kensie is going to live up that only child life a little longer.