Fellow mamas: half PSA, half question. I was told  today a law went into effect saying babies have to stay rear facing in car seats until they’re 2. I couldn’t find it via google sooo anyone that can confirm this?

I mentioned car seats the other day when I ordered one for Kensie and a few people have asked me what I went with. We chose the Graco 4Ever Extend2Fit. 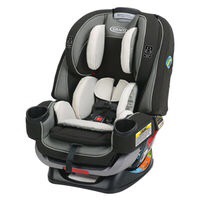 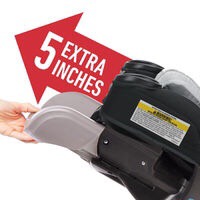 After spending some time reading ratings and reviews, I was between the Britax and Graco 4Ever; first concern being safety, second being comfort. The Britax is 30lb so a pretty heavy car seat if you plan to move it between cars. The other thing that sold me on the Graco was the literal “4Ever” portion. If we went with the Britax, there’s a potential we would have to buy a forward facing backed booster at 65lb and those were another $300. This seemed to be a long term solution and still offer safety and comfort! I also went with the Extend2Fit since K has long legs and I’ve heard it’s a huge reason it starts to get uncomfortable facing backwards. Not sure how practical it will be yet, but I figured it couldn’t hurt to try.

On to the good stuff: photos of Kensie. My new phone came today so I will no longer get “storage full” notifications and I have a WAY better camera to take photos of K with, now! 😉

And videos, because the front camera is also great and mainly because when she’s 16 I want to annoy the mess out of her with how many baby videos I took. 🤷🏼‍♀️

​​
Kensie got a little banged up today working on her Ninja Warrior skills. Her 10th attempt at getting to the dogs food and water bowls was a success and she made it there before I could stop her. The result was water all over the floor and a metal bowl to the face (she literally picked it up and smacked it into her own face).


I had to wash one of the couch cushion covers so the cushion wasn’t on the bottom, which meant the couch was low enough for K to climb on. She had gone up and down multiple times throughout the day with no problem. Right before we had to leave for the gym she misjudged the distance, took a roll and hit her head on the ground. 🤦🏼‍♀️😢

We had some hard crying and real tears but she was a champ and over it pretty quickly. (And I checked her eyes because I’m terrified of her getting a concussion).

Kensie was all smiles and no falls once we got to be gym. She even got to see her friend Kalleigh which they both seemed pretty happy about! 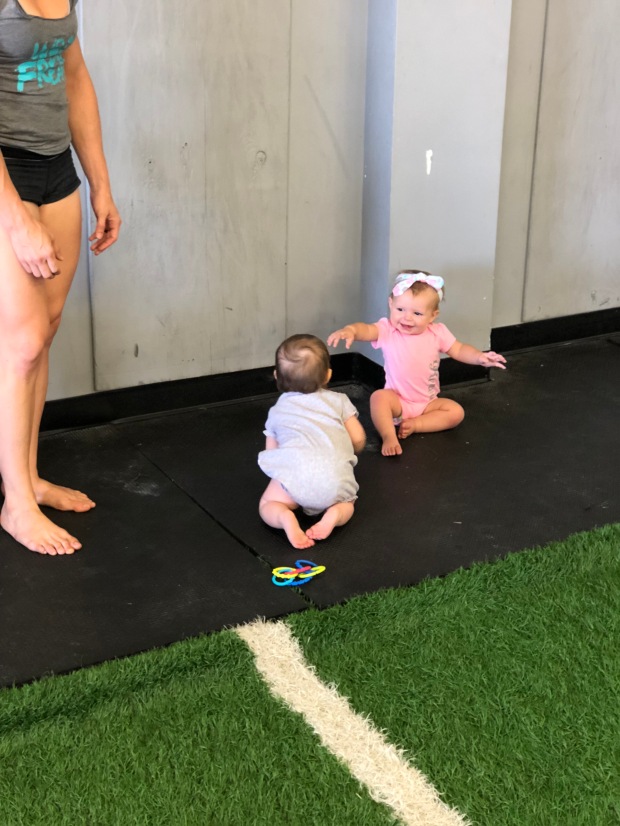 If y’all thought I was out of control before with how many photos I take of Kensie, it’s about to go to a whole different level with this new iPhone camera! I might need to keep this blog going past a year just so I have somewhere to post all these photos…😜