Oh my heart. Kensie was such a snuggly babe today and it was the absolute best.

She must have known that round 2 of the “first day of school” photos were making me feel all the feels. Instead of lying her down at nap time and getting work done, I took advantage of her mommy-clinging cuddles and held her.


I know I’m getting ahead of myself, but a few short years I’ll be the mama posting a first day of school photo and have all day to get work done uninterrupted. I felt extra lucky today to have the opportunity to be at home with K during the day and watch her grow up. So for now, I’ll welcome the interruption and work while she sleeps at night.

Enough of my emotional mess. 😂

In between her snuggles, Kensie was a happy ham that waved and said “hhhiiieeee!!!!” to EVERYONE today. I carried her into target instead of putting her in the stroller because I just needed to stop in to the optical center quickly. She pulled herself up higher on my shoulder and waved at anyone behind me and said hi. 😂 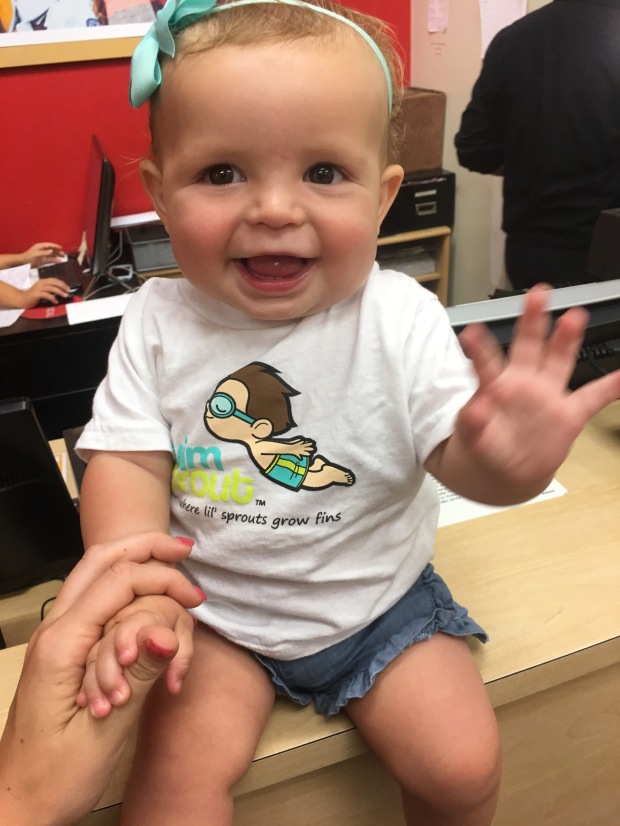 At what age will she comprehend stranger danger? Like Kensie, you can’t just talk to everyone. 🤦🏼‍♀️😂 Regardless, it is so much fun watching her personality come out.

Day 1 of swim test week went perfectly! K wore a normal diaper so it would be heavier than a swim diaper when it got wet. She did her rollover every time and floated for over a minute!


Kensie also did great at the gym this afternoon. She played by herself while I coached and encouraged Henley to come out and play with her!!

K was also overly excited to see Uncle Rob today. She did her speed crawl to him as soon as she saw him!

And to close out my night with pure entertainment, Kensie fed herself dinner. She was super tired so I wasn’t going to attempt to make her sit in her highchair annnddd I might have forgotten to thaw her food out. 🤦🏼‍♀️

I grabbed a togo pouch and decided I’d try to feed her quickly while her bath filled up. (Highly recommend Happy Baby Organic pouches if you’re on the go! Clean ingredients and a  see through bag!)

She ate a little but was eager to get in so she stopped. I set the pouch on the side of the tub and washed Kens. I was letting her play and then this happened. 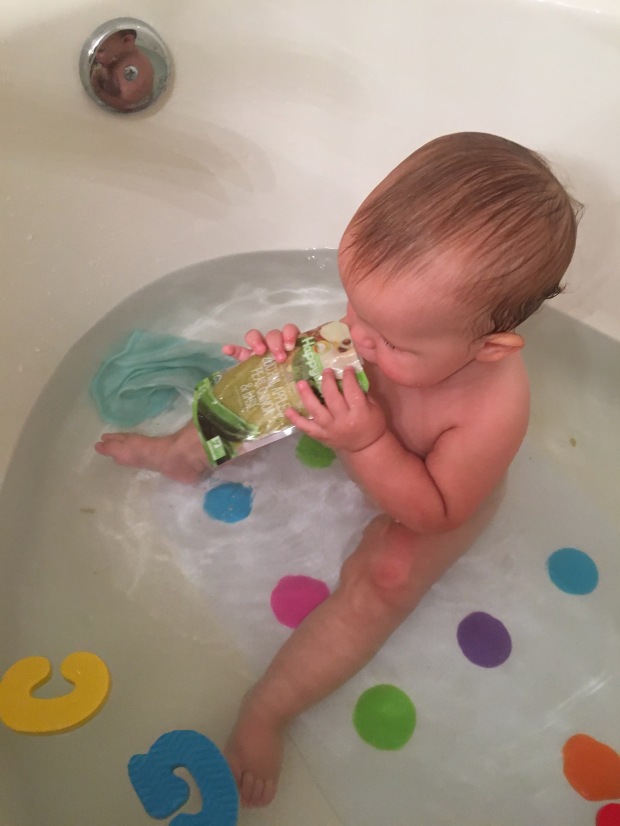 K grabbed it off the side and went to town. 😂 Never too soon to teach multitasking. 🤷🏼‍♀️