My Gramps always told me if I swallowed the watermelon seeds one would grow in my belly. Turns out he wasn’t lying.


Kensie was such a great little chunk today! We had no blowouts and even though she barely napped, she played her little heart out while I got lots of work done!
Emily played with Kens while I was coaching and she won the great eye flutter battle and got Miss FOMO to nap at the gym!
She laid her down so she could go workout and a few minutes later we had this goober…
Usually her not sleeping much during the day doesn’t correlate to her sleeping longer at night – but tonight it sure got her to pass out quickly! 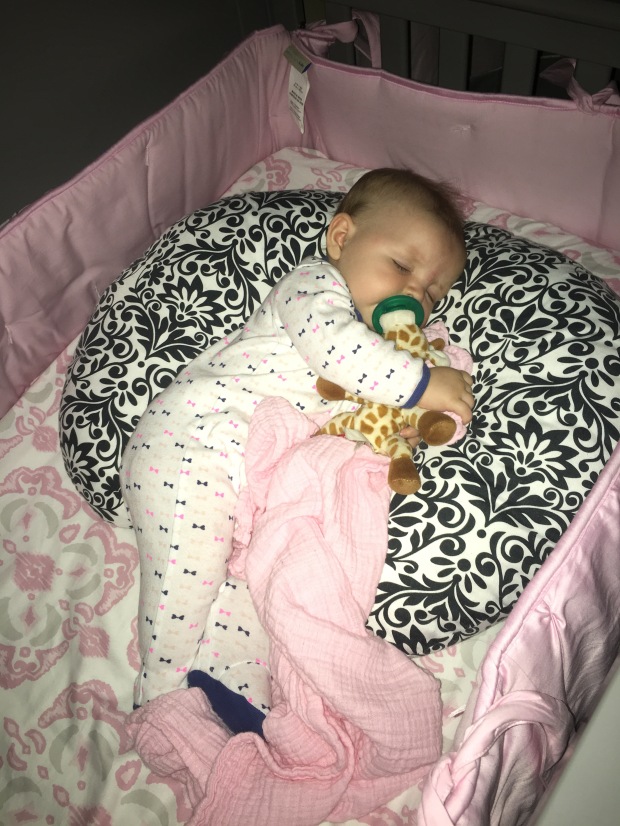 I feel like all those rolls are about to stretch out and she’s going to grow out of those PJs and her entire crib by the end of the week…slow down little one!