Well. This week can pretty much be summed up by saying “Daylight savings is the WORST”.

My children do NOT care what a clock or the sun says. Their internal clock is consistent and precise and I FEEL LIKE I MAY NEVER GET TO SLEEP PAST 5AM AGAIN! 😭

Not only was this week accompanied by a lack of sleep, but Kensie has officially shortened “mommy” to MOM and it physically hurts my heart every time she says it. Like WHY are you so “grown” up?! 😭

Thankfully, she still asks me to snuggle with her every day and if I’m lucky I get to be her best friend. If she’s mad at me I get told “you’re not my best friend!” 🙄

Kensie had a swim refresher this week and I was SO proud of her for so many reasons!!! I made a pretty lengthy post about it on my Facebook page – but long story short I was worried that even though K knows how to float on her back, she hates doing it so much that she wouldn’t do it if she needed to.

Mrs. Heidi tested her out and while it was a little hard to watch (because I just wanted to jump in and grab her!) I am SO grateful for the life saving skills that K has completely mastered in her time with Swimsprouts! 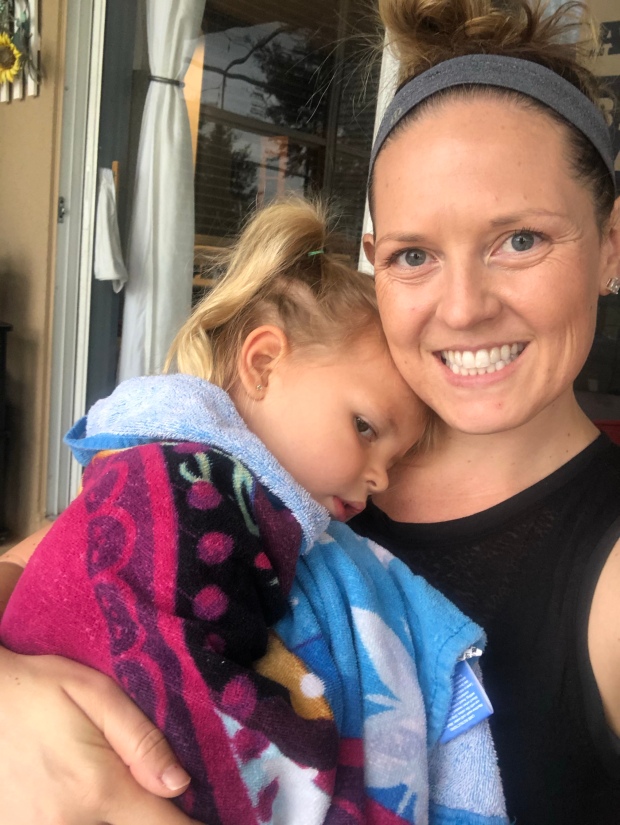 Not only did she show off her skills, but she went from screaming and scared on Monday to walking into the pool on her own, tearless, and even loving on Mrs. Heidi by Thursday. 🥰 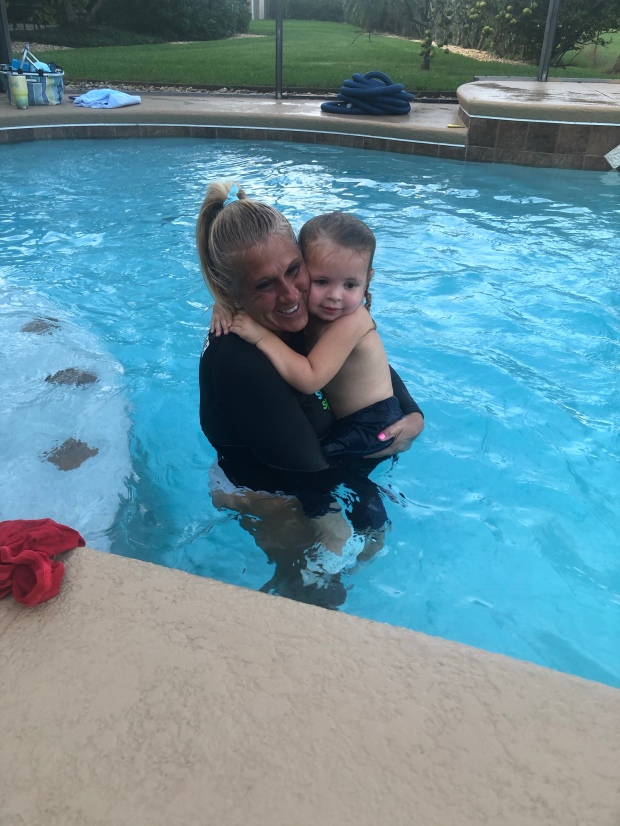 Leighton babe was my little trooper all week (per usual) even with her nap schedule being thrown completely out of whack.

This little babe is starting to show her personality and it’s the best!! She LOVES to smile, wiggle and eat your face. Also, she now belly laughs and it is the absolute greatest.

Watching their sibling bond is priceless. Elle immediately lights up and smiles when K gives her any attention and she she tracks her around the room anytime she can see her. If K as much as says hi to her, L immediately gets a huge grin.

Though KB snaps her mood back and forth at any second for us, she is ALWAYS happy to see “sister!!!” If she hears her on the monitor in the morning she gets so excited and says “SISTER’S AWAKE!!!” and runs to her room to climb in the crib.

The first thing she does when I pick her up from daycare is climb in the car over to L’s seat, hug and kiss her and say “hi sister! I’m back! Did you have a good day??” (Sometimes followed by a “mommy! She’s not talking to me!” 🤦🏼‍♀️😂)

While she’s got a huge heart and one heck of a sweet side – Kens isn’t all rainbows and butterflies. 😆

Today was a ROUGH day in motherhood with K’s attitude from being overtired and well, 3.

Her meltdowns/tantrums today were triggered by: wanting Cheetos that we don’t have, me not giving her a sandwich because she said she wanted cereal, not letting her drive my car home from the gym and putting her food in the wrong bowl.

BUT, they’re always worth it. Once I’ve had enough coffee at least. 😉