The long weekend isn’t even over yet (thankfully) but I can already say it’s been a completely successful weekend of sleep training!!! 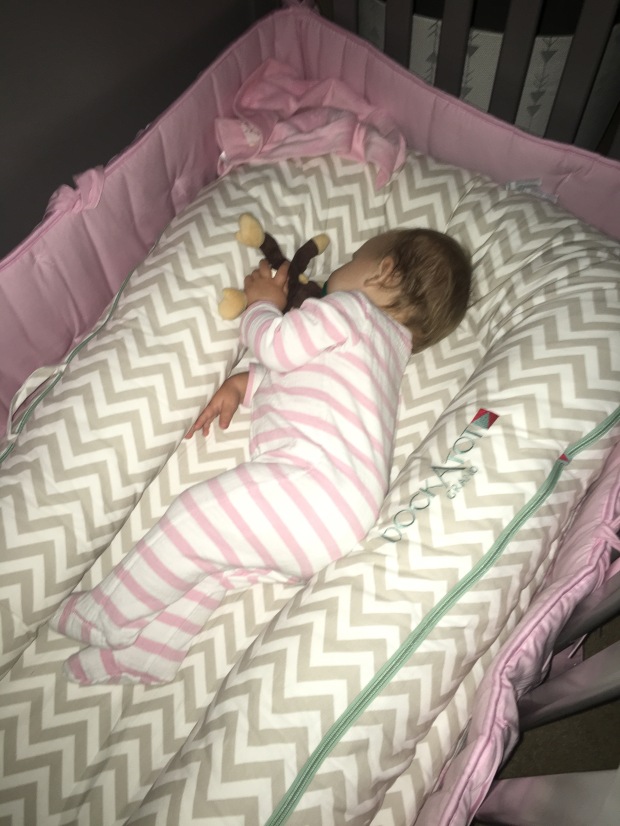 Night one couldn’t have gone any better. By some miracle, Chris didn’t have to go in her room ONE SINGLE TIME!

I went in for a dream feed at 10pm which helped me a ton because at 10:55 she woke woke up. I knew she wasn’t hungry, so I watched the monitor and stuck to our 10 minute time limit. She never got to the gasping/hyperventilating cry (thankfully because I would have sent Chris in before the 10 minute mark, lol) and at 11:04, she laid back down and went to sleep! 9 minutes exactly. Go figure! 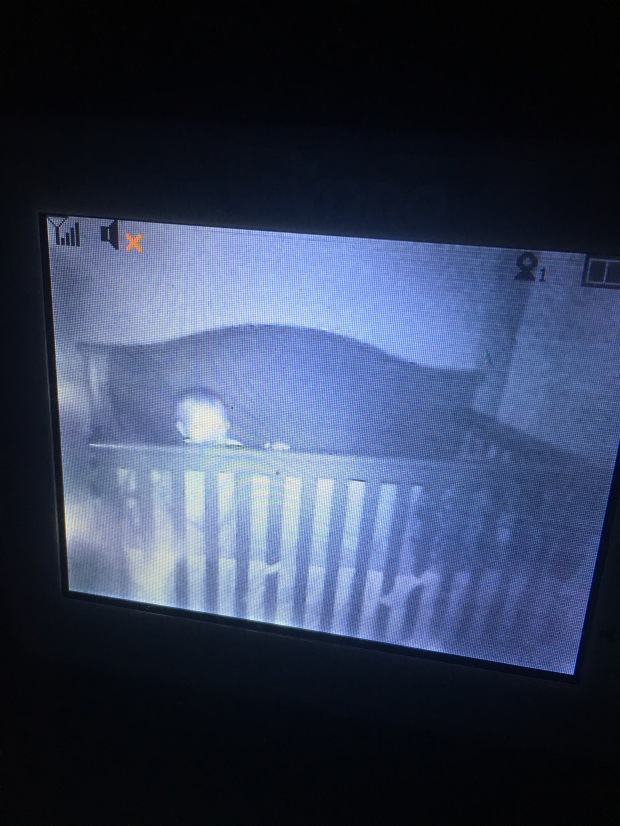 Her second wake up was at 1:15a and she fussed for 7 minutes before going back to sleep. Woke again at 4 and was up for  maybe 3 minutes and back to sleep again!!! IT’S A MIRACLE!!!

I honestly think the nightlight was key for her. Not being in a pitch black room and able to get her pacifier on her own and comfort herself seemed to help a ton.

K had a fun Saturday morning and a CRANKY Saturday afternoon.

After Kensie’s afternoon nap – her mood was not exactly my favorite. She was in one of those “I need attention every second” super whiny moods…where even if you did give her attention at some points she was still whining and we were sure what she wanted. 🙄

We went to visit Uncle Will, Aunt Ashley and Henley and Kensie got an early birthday present from them and Aunt Shell to help with her sleeping!!!


I thought the first night going so smoothly was a miracle so I still can’t wrap my head around last night/today; and I completely attribute it to the doc-a-tot.

Y’all. Kensie slept until 8:15am. EIGHT. FIF. TEEN!!! This did involve 2 wake ups but she was back down in less than 5 minutes both times. I fed her when she woke up at 6 and put her back down just to see if she’d let me sleep in longer. Sure enough, back to sleep she went!!!

I got up at 7:20 and made a coffee with intention of enjoying it in the peace and quiet, but instead I put it on my nightstand and went back to sleep. I had to take FULL advantage of what was happening.

I wanted to keep Kensie on the 2-3-4 nap schedule today since it works really well for her. Today was no different. The timing was perfect and she took the longest naps, ever! (Well, “ever”…since she was a little baby that slept all the time).

Her normal morning nap is 45 minutes at most. Today? 90! Afternoon nap? Normally 60-90 minutes. Today I woke her up after almost 2 hours so I could make sure she’d go to sleep tonight! 😳

I don’t know if the naps were just because she was up a lot more and cranky the day before or what, but today was purely magical. 😂 I really think the Doc-a-Tot is a life saver for us. K used to love being swaddled and it was the only way she’d sleep. Now she tosses and turns all over her crib. This keeps her from moving so much and she seems more than comfortable!

In between naps today KB was back to being her extra happy self!  We made a quick trip to the store for some party supplies and Kensie had me DYING laughing in the middle of Publix. I legitimately think people were wondering what was wrong with me… 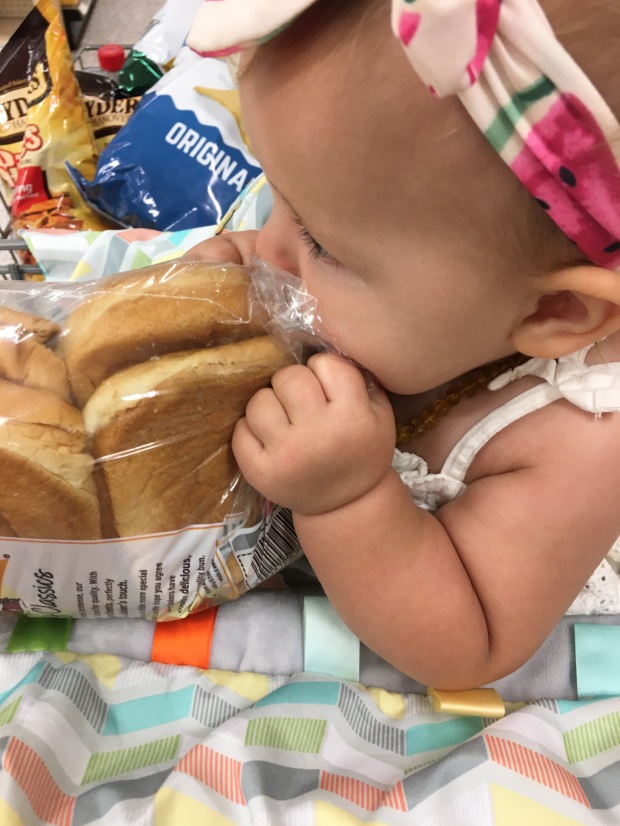 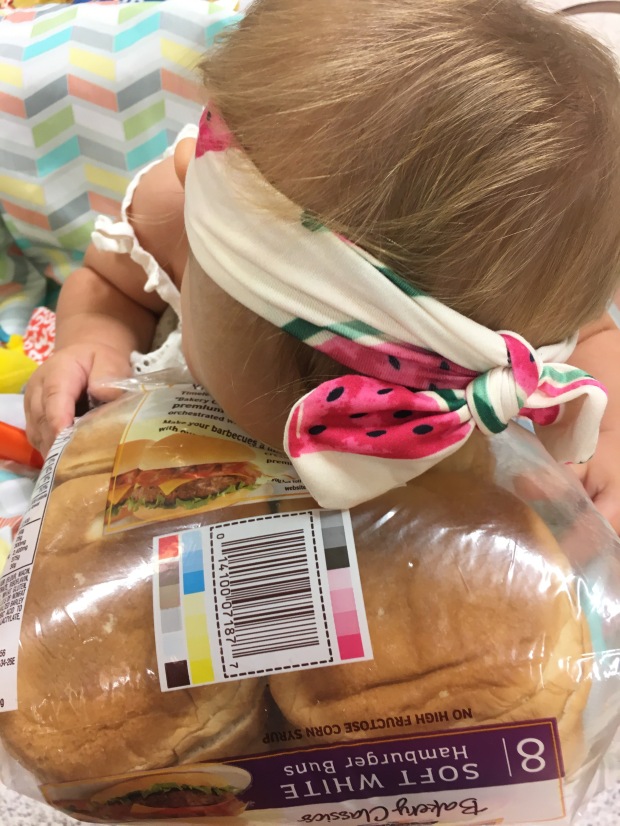 She was trying to EAT THE BREAD THROUGH THE PLASTIC. 😂😂😂 I kept telling her to stop but I also couldn’t stop laughing so it wasn’t too effective. 🤷🏼‍♀️

Once K woke up from her afternoon nap, well, I should say once I woke her up…she joined in on the pool party action! She tried black beans (not a fan), discovered she loves cucumbers, climbed in and out and in and out and in and out of the pool (from the stair), and fun fact: she can drink from a straw. I was unaware of that when she kept attempting to drink my drink…🤦🏼‍♀️ 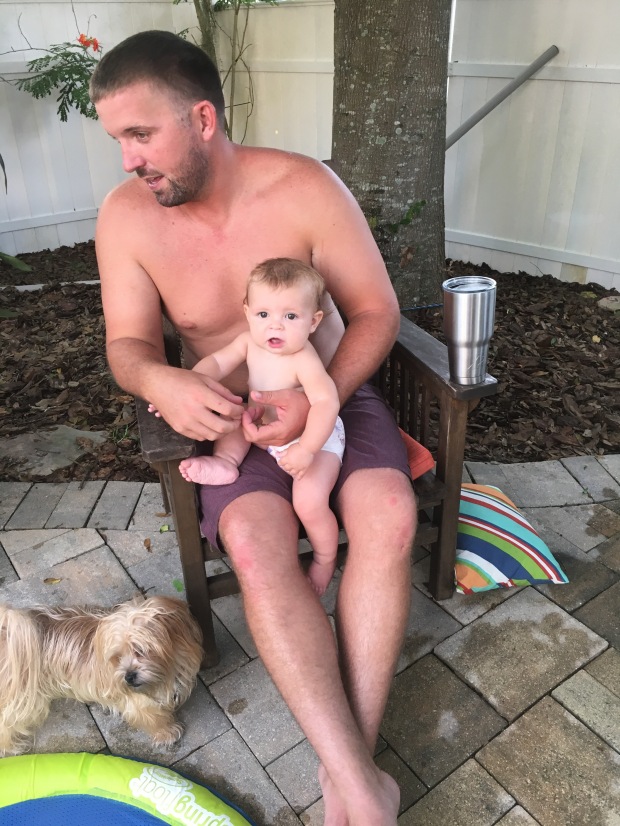 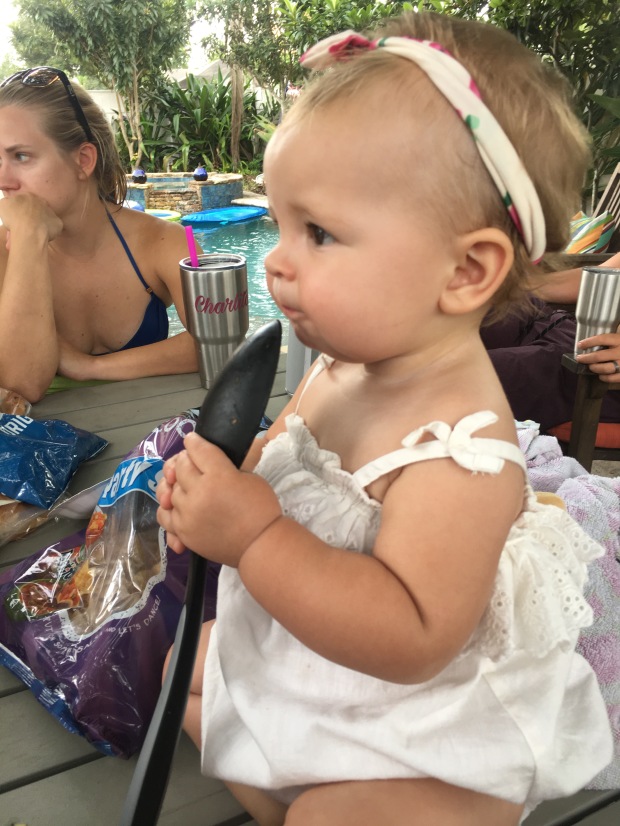 And for one more record breaking moment in the beautiful world of Sleep Training, Chris put Kensie to bed tonight and she didn’t make a PEEP. I don’t know how to describe to you guys what a huge thing this is. That has never happened. She usually screams if I’m not the one to put her to bed.

I’m so proud of our smart little sleeper and looking forward to not only sleeping through the night, but praying this later morning wake up time and long naps remain a thing, too!