Yesterday was a great day. Today was not a great day. Have to take the good with the bad, I suppose! Kensie woke up around 6 which normally would be awful, but we had to get up anyway to take the car to the dealership.  Luckily we were rescued by Aunt Casey! 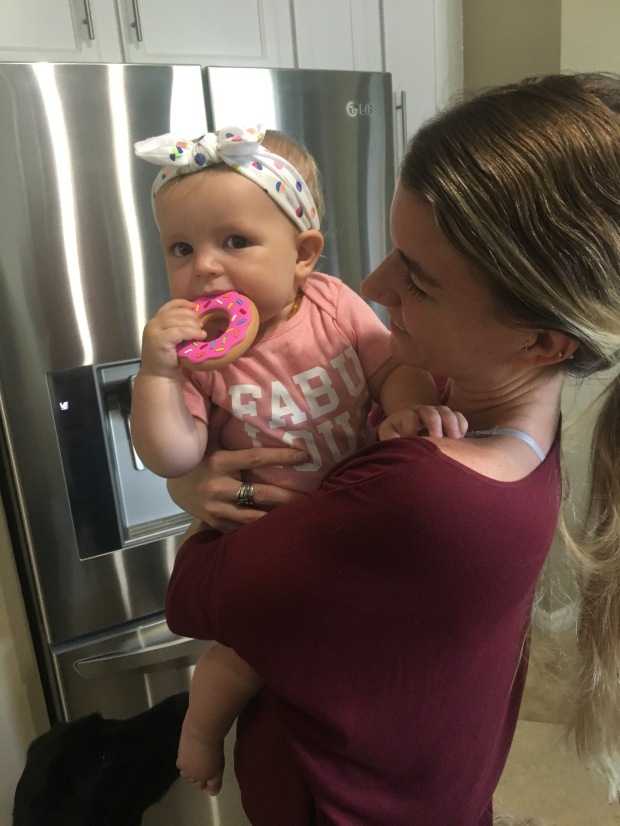 K was extra tired from her earlier than usual wake up, which meant nap time was fought, and fought hard. Regardless, she (begrudgingly) took her first nap in her crib today! She usually naps in her bouncy chair, but after her yelling and throwing her pacifier off her chair about 7 times (in between eye rubs because she was exhasuted) I decided it was the day she would graduate to crib naps.


So, that went well. It took a few (*cough cough* 20) minutes but Miss Overtired finally gave in and let it happen. I think she cut her nap a little short because even when she woke up she wasn’t really having it.
She played some but she was off and on cranky and would get really mad if I wouldn’t let her have things like remotes, nail clippers and paper. The worst part was since the car was being serviced, we had no way to leave. And we couldn’t even walk the dogs because it was raining. Joy.

In between her fake crying she provided some moments of entertainment, like climbing into her chair… 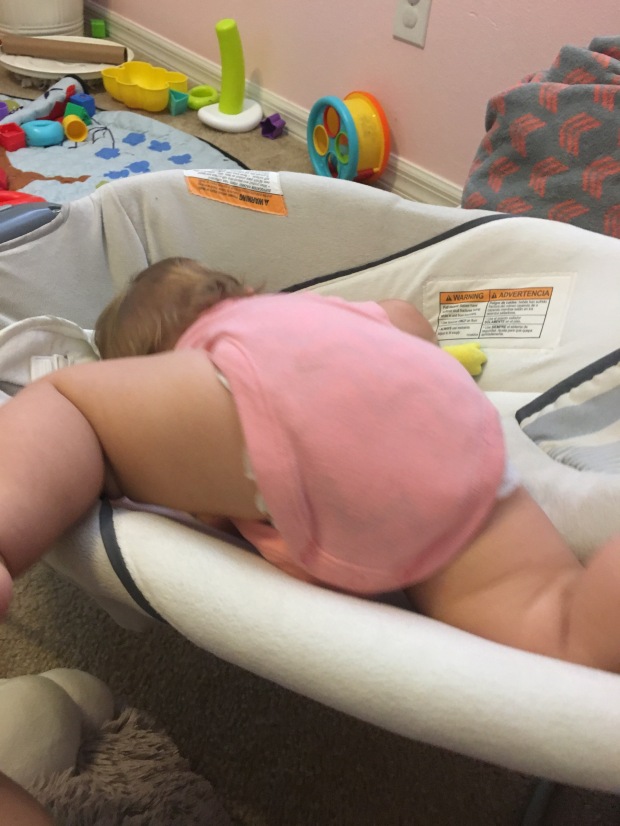 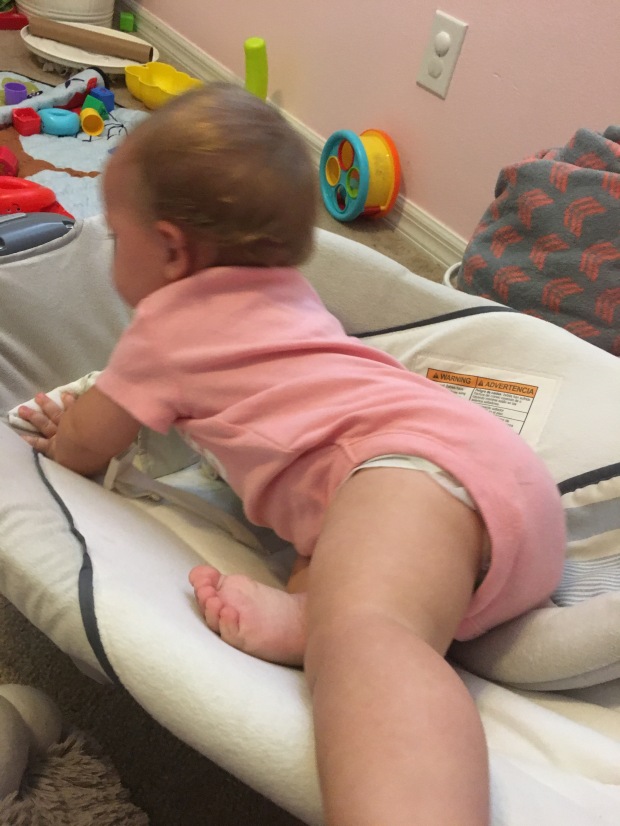 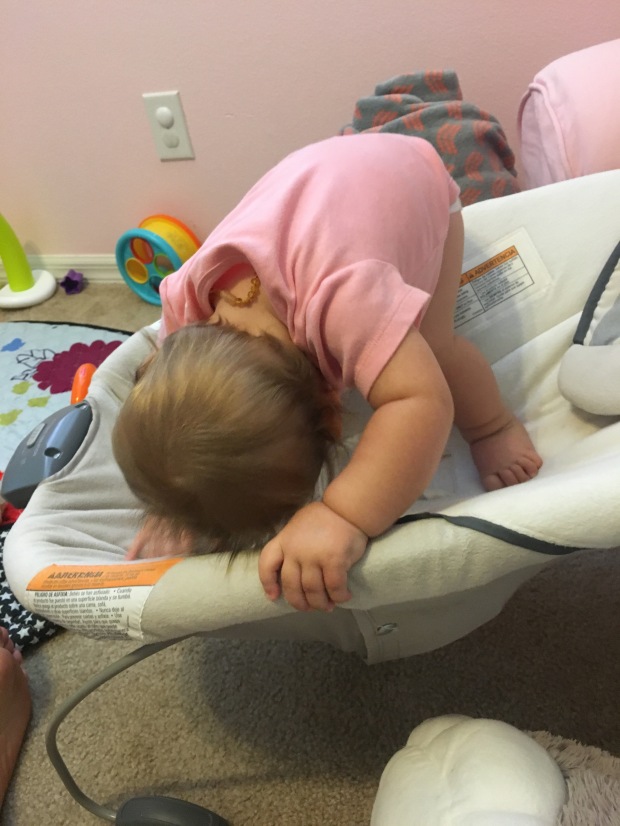 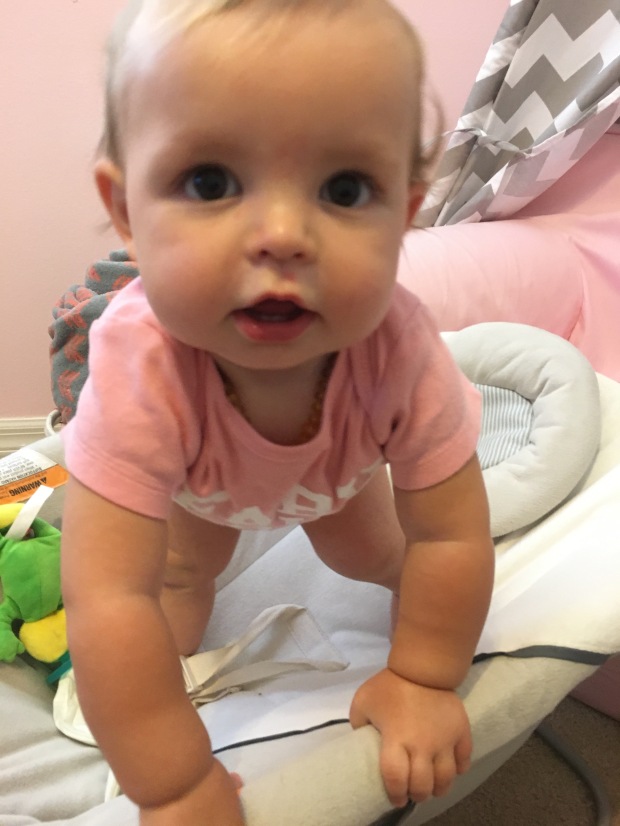 And it’s not the greatest video but I caught the end of her standing up! She stood on her own at least 5 times today for about 10 seconds but of course when I got the camera out I either “didn’t have storage” or she sat down as soon as I did it.

​​
Kensie was much happier when we got to the gym. She must have been going stir crazy like her mamma! Carolyn and Emily both saved the afternoon with rides to the gym and bringing us to pick the car back up afterward! Super thankful for amazing friends today that didn’t leave me completely stranded.

I think Kensie’s favorite part of the day when was Levi got to the gym. She is OBSESSED with babies and something about him makes her go crazy. She makes a grunting scream every time she sees him and “oos” and “coos” and reaches for him. If you put her down it’s a straight shot of speed crawling to get over to him!

OH, and I think “Dah” is dog. She says it every single time she sees Jack (our black lab).

All in all, today was not my favorite. However, moments like this mean no day is ever a bad day. (Sound Up)