KB had such an awesome, eventful weekend! She took her first crawl step FORWARD (she crawls backwards 🤷🏼‍♀️), talked literally ALL weekend, and got to try a few fun, new things!  On Saturday we drove to Jacksonville to celebrate Jake’s first birthday! We also discovered she loves kissing other babies…

If your child gets close to K, watch out. She grabs their face and gives a big, open mouthed smooch. 😂🙈

At least she’s a lover?

Kensie had so much fun playing with ALL the kids and was so good for the whole party! No fussing or crying or begging to be held for 3. Whole. Hours!! 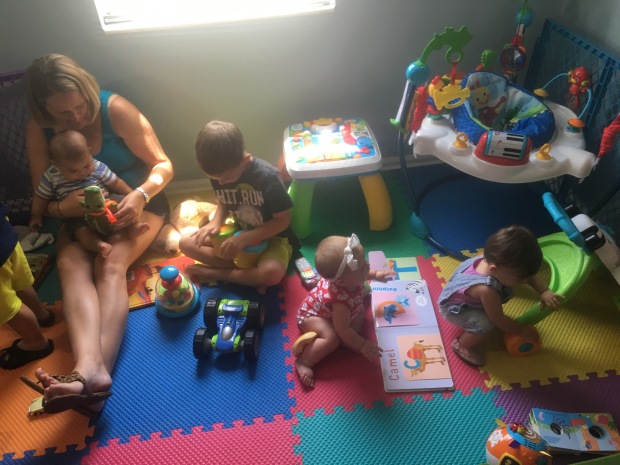 It was a baseball themed party so Kensie made sure her outfit was appropriate. 😉

And Bows of Kensington had the honor of making the party shirts, too!!

After the party we met one of my best friends from home for dinner and Kensie had teething wafers for the first time!! She LOVED them and it was nice to give her something to eat to occupy her for a while so I could get a bite of my own food in my mouth without her trying to grab it.

A friend of mine recommended these and they’re a hit in K’s book!

Kensie was an angel and slept on the car ride both ways! Phew!!

After church of course we brunched! Kens had fun sitting in the booth like a big girl…and more fun sitting on the table playing with coasters. 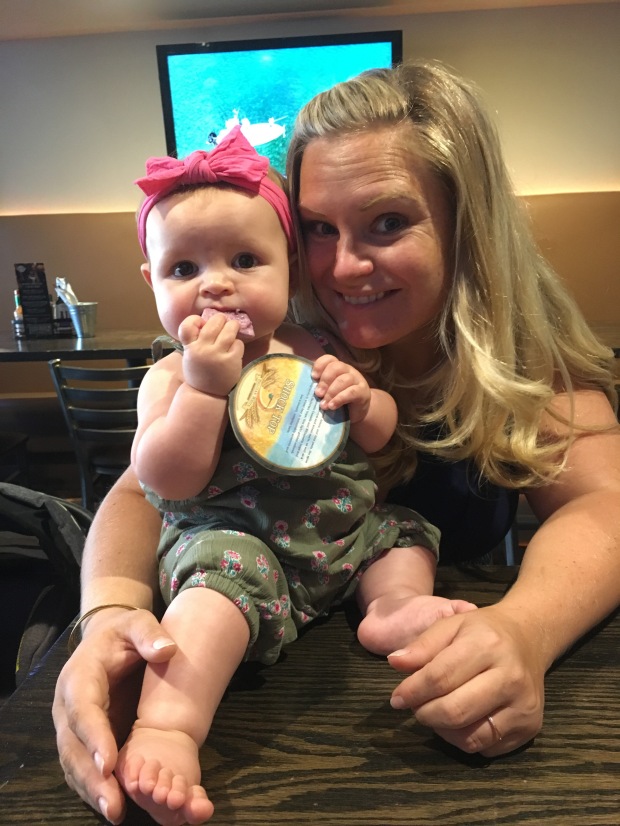 I picked up some squeeze pouches (I don’t know what they’re called) of food for “on the go” days and wanted to see if Kensie would eat out of them since she’s only ever been spoon fed.

The answer is yes, yes she will. K LOVED eating from the pouch! She needed a little help squeezing since she kept trying to suck it, but she was a fan! 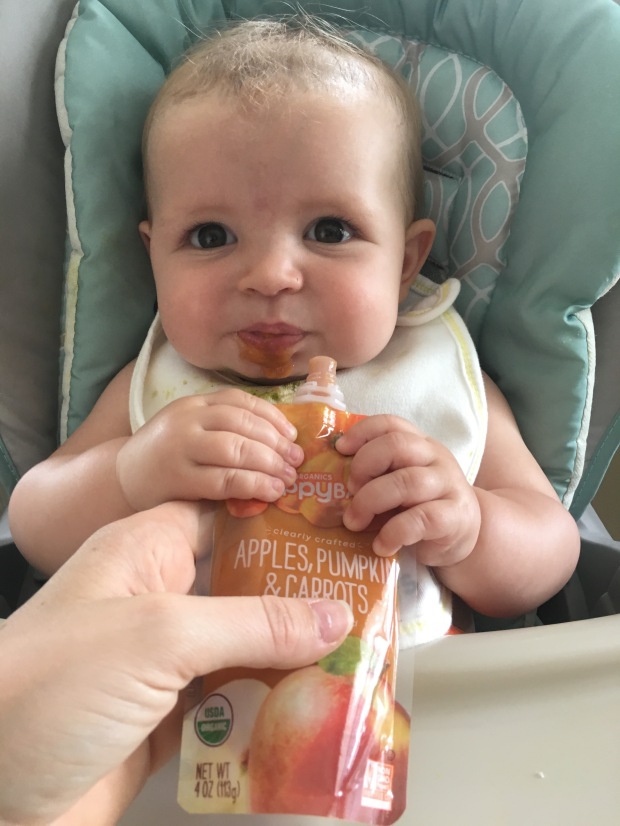 I bought these pouches that I can put her homemade food in – so I’m glad she loves them!

This weekend flew by WAY too fast after last weekend being so long. Here’s to another night of hoping Kensie starts sleeping though the night. (I’ll just keep hoping for the next 8 years. Eventually it’ll happen, right?) 😜