It’s been an eventful 10 days with the Hall clan and the littlest member of the crew had her half birthday! 🥳 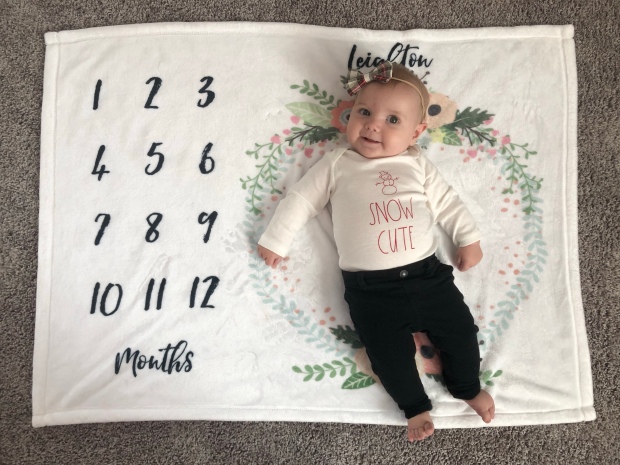 The chunk is 1inch longer and 1lb heavier than K was at her age…and let me tell ya, a 1 inch difference in baby clothes is a WHOLE size. 😆

Leighton LOVES her big sis. She lights up when I show her videos of her if she’s at daycare and constantly giggles watching K play.

She saves her biggest smiles for daddy and even reaches for him when he gets home!

Elle has sucked on an apple and a strawberry and gets pissed when you take them away. She even had mashed sweet potatoes at Thanksgiving & it was a hit! She growled for more. 😂

L is the happiest morning babe and chatters until you’re come pick her up. When she sees you, she gives you the sweetest smile and reaches up with her little nub arms that are stuck in her swaddle. 😂

She’s trying REAL hard to crawl but manages to roll, scoot and army crawl her way around until she figures out the whole “knee bend” part.

When I was pregnant with K I pictured having a brown hair, green eyed baby. The vision was right…just wrong kid. 😆 I still love my brown eyed blondie of course.

I participated in No Sugar November with the gym and it was AMAZING not only for me, but for L!! 10 days in, she started eating so quickly and only waking once a night since my milk had so many more nutrients for her! 🙌🏼

I cannot believe how quickly time is going by with this babblin’, smilin’ happy little babe. 😢

Thanksgiving was EXTRA special this year. My entire family from Wisconsin was able to come to Florida and not only did we get to host dinner for both sides of our family, but we were able to get everyone together so that my Grandpa could baptize the girls!

We spent the long weekend hanging at the pool, cooking out (because, Florida), playing games and drank our way through the Disney Springs Trail of Trees.😆🎄 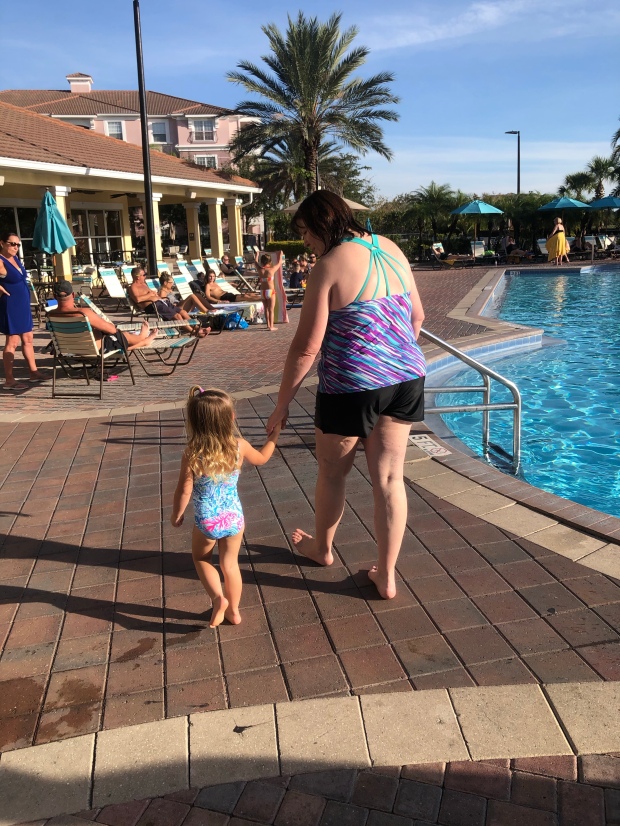 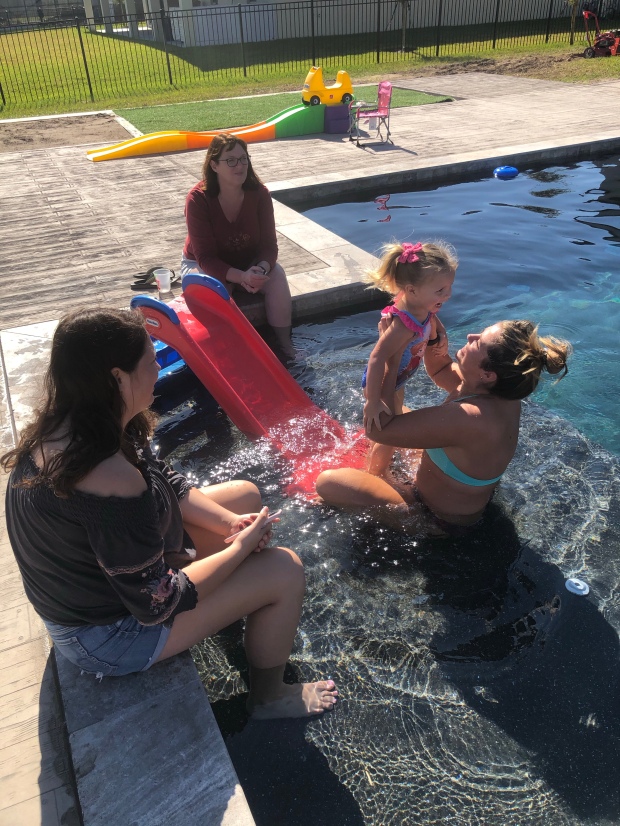 Kensie has been…Kensie. 😂 She likes to wear tutus, jewelry and heels everywhere she goes and have meltdowns when she doesn’t get her way. 🤷🏼‍♀️

But also…SHE POOPED ON THE POTTY THIS WEEKEND and I’m not sure who was more proud – us or her. 🤣🤣

She’s perfected her mean mug and her attitude grows by the day. I’m just over here praying it means she’ll be a strong independent woman who takes shit from no one. 🤷🏼‍♀️

K is consistently the BEST big sister and had her first babysitting gig yesterday while I got ready. I even gave her a quarter for her piggy bank. Deal was off if she made Leighton cry though. 😂 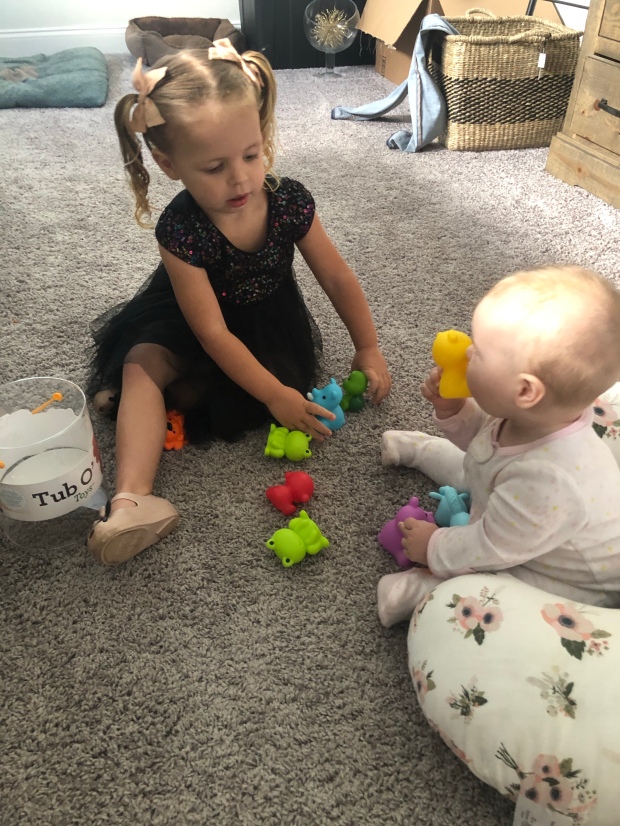 We closed out our weekend decorating Christmas cookies with B and the girls’ cousins! 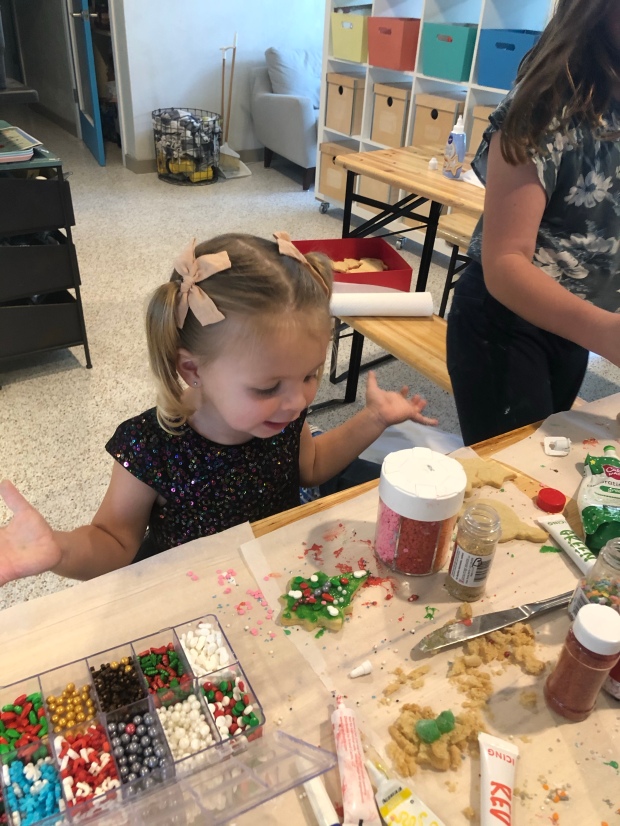 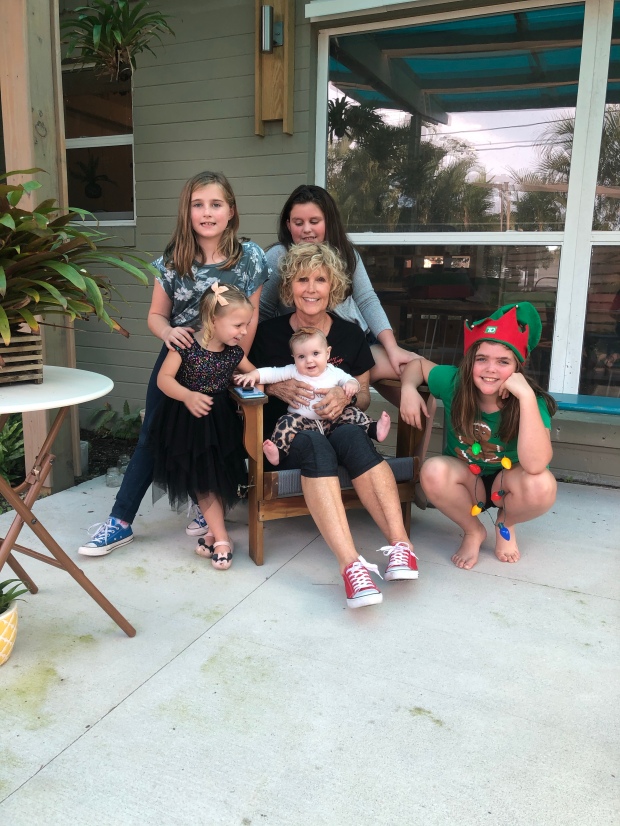 Leighton didn’t get to shove everything on the table into her mouth like she’d hoped, but I think she got enough attention to make up for it. 😆 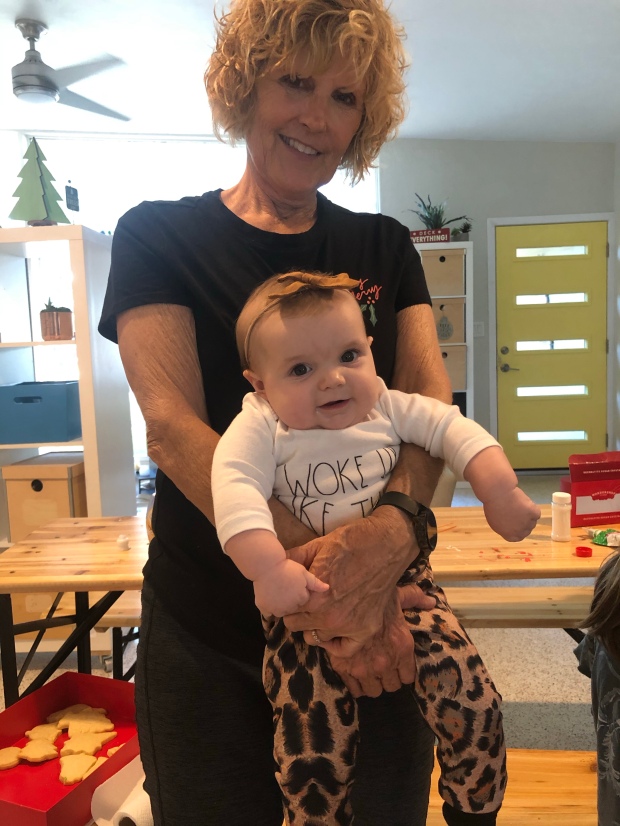 This week we will be taking our first flight ✈️ as a family of 4! 😳 I think the girls will both do great (knock on wood) – I’m far more concerned with the amount of crap we have to pack. 😂

It will be so worth it though, because Kensie hasn’t stopped asking to go on a plane to see Henley for months…so, Merry Christmas kiddo! 🎄