Our little KB turned 15 months old this weekend! I think I always say this but it’s such a fun age. My favorite part is her “mocking” people’s actions – laughing, coughing, trying to put on shoes and socks. She also knows she is “Kensie” and pats her belly like “that’s me!” when you say her name.

My least favorite is she’s in the grabbing/biting stage and this girl has a STRONG grip. When KB gets frustrated she clenches her fists and shakes and then leans over and bites whatever is near her. 😳

She’s started nodding yes and shaking her head no. Sometimes she just walks around looking like a bobble head. 🤷🏼‍♀️

We have her official check up on Tuesday but according to our scale she’s finally hit 20lb and she’s in 9 month clothes. She’s got feet the size of a 2 year old, though. 😂

I guess I should mention she’s also a clepto. She steamed bags, water bottles, keys, shoes (pictured above). You name it. She wants it? She takes it.

K’s newest obsession is balloons. Her favorite toy is still her ball spinner and her kitchen! She love, love, LOVES to fake eat and fake feed people.

She’s a giggling FOOL and cracks herself up constantly.

Kensie has discovered she can pull her pacifier and other things out of the side of her crib and likes to carry blankets around like Linus. Other than stealing it, she’s been doing great without her binky throughout the day (we are trying to limit it to nap and bed time) and still working on stopping the screeching pterodactyl noise when she’s trying to get someone’s attention. She’s recently started shoving my legs until I look down at her. I’m not sure which I prefer. 🤔

K is still the SWEETEST little babe and gives the BEST neck hugs, kisses and snuggles. When she gets in bed with us in the morning to have her bottle she leans over and kisses me 😭. She always has sweet hugs and kisses for her friends, too!

Her skills have progressed so much recently and she can take lids off of water bottles and pouches and put them back on. She repeats the word “baby” and “mama” and some other random ones here and there.

She can also play with stacker toys now and take the rings off and put them back on! She tries to put keys in doors, knows “go” means we are getting in the car, and has started full speed RUNNING.

Kensie is OBSESSED with her puppy dogs and loves to pet them, pat them, hug them, laugh at them and tell them to “go, go, go”. 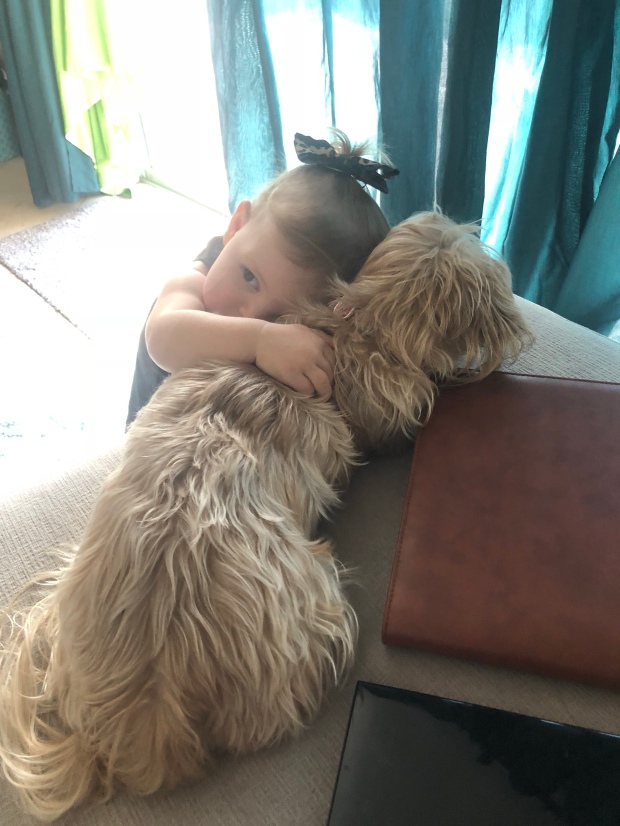 She’s looking forward to the next month because her training is almost done and she’s ready to be hired as a full time CrossFit coach. We are pretty excited, too, so she can start affording her rent. 😜

OH, and quick update for those that saw the sleeping post – thanks for all of your feedback!! It seems to have just been teething (knock on wood) and when I gave her Motrin in the middle of the night she slept until 6, and this morning until 6:15! I’ll take that over 4:30 any day. 🙌🏼 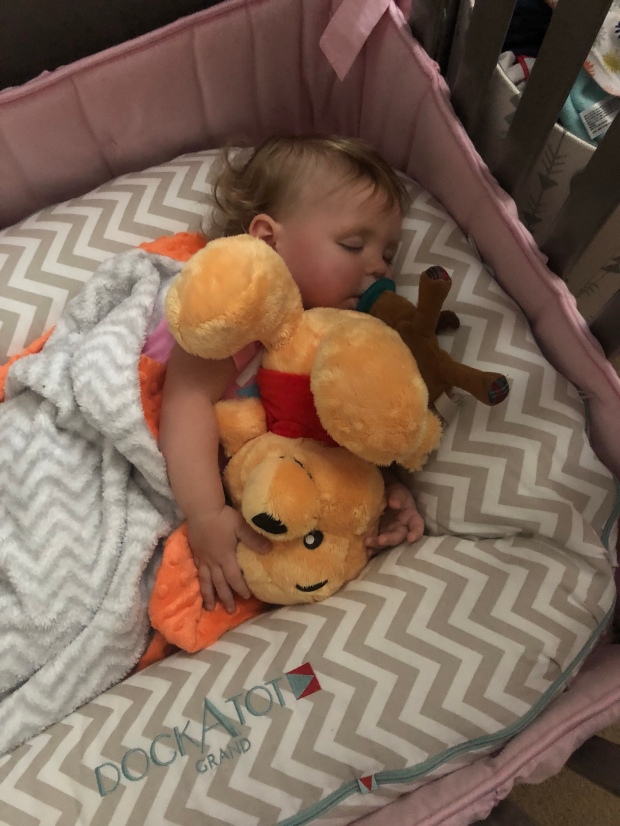